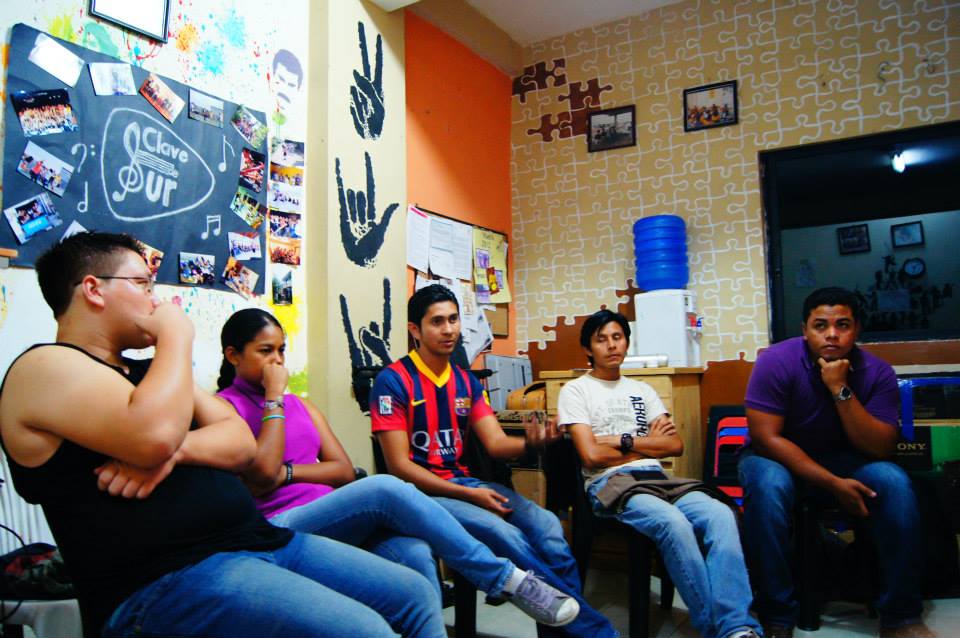 In August 2005, a music school was formed in the Mi Cometa community center in the Guasmo Sur neighborhood of the city of Guayaquil, Ecuador. Thanks to the efforts of the school’s German instructor, Magdalena Abrams, funds were established to purchase new instruments, such as clarinets and an electric keyboard, as well as amplification equipment and the basic necessities to form musical bands.

Shortly after her return to Germany, Magdalena began looking for other young people who also wanted to support the Mi Cometa music school, ultimately arriving in Guasmo Sur with a group of 15 volunteers from Oldenburg, Germany in 2007. That visit was a short one, however, resulting in one month of intensive music classes.

Know more
In 2008, Magdalena moved to Hamburg and began recruiting volunteers form among her fellow music students at the Hamburg University of Music and Theater, which ultimately resulted in the official formation of the association Musiker ohne Grenzen (Musicians Without Borders), allowing a group of trained music instructors to continue traveling to Guasmo Sur every year. The groups also brought with them various musical instruments, which had either been donated or obtained during events held by Musiker ohne Grenzen in various parts of Germany. The instruments gradually increased both the inventory of Clave de Sur and the variety of music instruction we could offer, which came to include lessons on instruments such as violin, cello and bassoon.

After more than five years of working and growing together, the group of children who made up the Mi Cometa music school felt the need to have an identity that better expressed what they were doing, since the work they were doing was not that of a ‘school’ per se. As a result, our organization came to be called Clave de Sur (Key of the South), for it is not only located in the southern part of Guayaquil, but is also the key – both figuratively and musically – to overcoming the challenging situations that often arise in communities such as ours.

We have been working since 2005 in cultural, recreational, and musical activities. Benefiting more than 1000 girls, boys, adolescents, youth, and adults who have participated in the different projects and courses that we offer to the community.

Clave de Sur is a non-profit and inclusive socio-cultural educational program that seeks to put music in front of some of our country’s social problems, by creating alternative spaces where children, young people and adults can explore and develop their passions and creatvity, We rely on contributions of products and services to carry out our activities.